The original Prince Edward County Railway (PECR) – renamed the Central Ontario Railway (COR) in 1882 – ran almost due west out of Picton towards the western shore of the Prince Edward County peninsula. It turned northwest at Wellington and then due north at Hillier before turning northwest again at Consecon to loop around the western end of the Bay of Quinte and then northeast for the short remaining distance to Trenton. 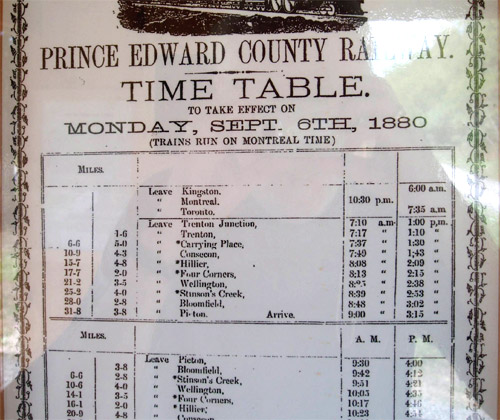 The original Picton Station is located on Main Street, and is occupied by C.F. Evans Lumber Company. 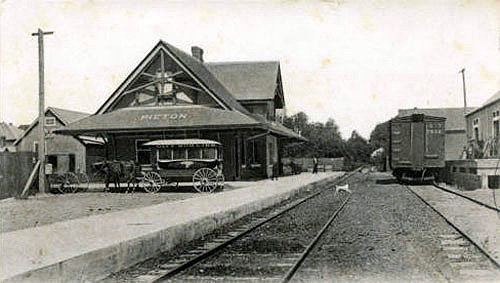 The line’s last owner, the Canadian National Railway, began to abandon the line in the 1960s and the section currently forming the Millennium Trail line was abandoned in 1984 and the rails removed.

The County purchased the original PECR line in 1997 and began transforming it into the multi-purpose trail it is today.